On flexible packaging, ink is typically printed on the reverse side of the film,
which is then sandwiched so that the food product inside the package
doesn’t come in direct contact with the ink. Nevertheless, there are cases
where contaminants with lower molecular weights easily pass through the plastic material since it doesn’t have the barrier properties that a glass bottle or a
metal can does. This increases the risk of toluene coming in direct contact with
food.

All the major ink companies in India who are large suppliers to the flexible
packaging industry such as DIC, Toyo Inks and Sakata have made toluene-free
inks available for some time. It is equally important for brand owners and convertors to make better use of these inks.

Recently, Siegwerk India introduced its toluene-free inks to the Indian market.
In India, the inks usually used for printing on flexible packaging are solventbased inks and contain toluene. Toluene is a solvent that is easily available and
is relatively cheap. Toluene is widely used for printing purposes to achieve better
printability and also because it evaporates quickly. It occurs naturally in crude
oil and is also found in the Tolu tree. However, the solvent has earned disrepute
globally for its bad toxicological profile.

Ashish Pradhan, chief executive officer of Siegwerk India speaking at the company’s recent launch of its toluene-free inks said, “Now, let us talk about the
affects of toluene. If you look at toluene in general, it can easily cross the blood
brain barrier. So, if toluene is inhaled in large quantities, it can affect the way
in which your brain functions. The affects of toluene include hallucinations and
headaches among others. In the United States of America, 3 to 4% of teenagers 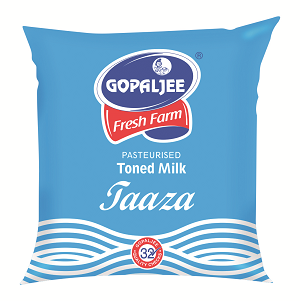 use toluene as a drug to get a high,” Pradhan added. “The workmen working on
a printing shop-floor are exposed to a lot more toluene than consumers are in
general. All this can easily draw us to a conclusion that toluene is hazardous depending upon its exposure. And the bad news continues; toluene also affects the
organoleptic properties of food. If toluene comes in direct contact with the food
material, it affects the taste of the food and has an impact on the odor as well.
These are just some of the affects that I’m highlighting, the list goes on.”

According to Pradhan, most of the flexible packaging in the market today is
“not quite prone to toluene exposure. It is not a major risk today. The steps being
undertaken to reduce toluene exposure today are a part of risk mitigation. Almost
all packaging in India satisfies the rules laid down by FSSAI. However, when we
talk about risk mitigation, there is always a chance of something going wrong in
a value chain. There is also a possibility of risk mitigation plan failure. And for
toluene, the only foolproof solution is risk-elimination.”
Toluene has been banned in various countries including China and Sri Lanka.
Recently, FSSAI also recognized the need for implementing regulations on packaging inks, which has also led to Siegwerk India and the other global ink companies in India to come up with the idea of introducing toluene-free inks to the
Indian market.

“We want FSSAI to list toluene amongst the other contaminants because at the
end of the day, it’s a risk that we need not take as there is technology available
where toluene need not be used. We were using toluene in India till last year but
from now, in an attempt to continue our global commitment to product and consumer safety by providing highest quality products and services, we are introducing toluene-free inks to India,” Pradhan concluded.

A multi-channel B2B publication and digital platform such as Packaging South Asia is always aware of the prospect of new beginnings and renewal. Its 16-year-old print monthly, based in New Delhi, India has demonstrated its commitment to progress and growth. The Indian and Asian packaging industries have shown resilience in the face of ongoing challenges over the past three years.

Recipharm & Syntegon upgrade GKF 2500 from one to three tablet...

A record performance by Cosmo Films in the pandemic year