The cancellations of interpack and drupa didn’t come as a surprise. The stakes were too high, and the risks too obvious. Even if some sort of reduced and adapted physical trade fairs can be organized in the months ahead, platforms that depend on large international audiences will be compelled to ‘go virtual’ and postpone the real thing for after 2021. Too much uncertainty remains on travel restrictions, accommodation constraints, partial lockdowns, and quarantine obligations as long as the Covid-19 pandemic continues to rage in most parts of the world. Vaccination campaigns are already in preparation, but their roll-out will not start to reach a larger public until well after next summer.

Actually, all the other events organized by or in conjunction with Messe Düsseldorf on its fairgrounds have been canceled for the first part of 2021, except for Boats. This essentially local consumer fair has been shifted from January to April for the time being. As to Interpack and Drupa, the organizers, in their decisions announced and published on 3 December, rightly acknowledge that canceling the two shows now allows participants “to make reliable plans going forward.” The next interpack takes place in May 2023, and Drupa from 28 May to 7 June 2024. In the meantime, online preview gigs are already in place, linking up with individual technology suppliers, and virtual events are still to be held on and beyond the dates scheduled for 2021.

However, Koelnmesse’s Photokina, for 70 years the world’s largest imaging event, has been forced to throw in the towel indefinitely. Photokina announced its demise one week before Messe Düsseldorf’s statement on Interpack and Drupa. Initially planned for 2020 and postponed until 2022, the show struggled to keep up with “the massive decline in markets for imaging products” over the past few years. Early signs of trouble were announcements in 2017 that the biennial fair would become an annual event and diversify beyond camera equipment.

A year later, Photokina decided that the 2019 edition would be postponed to give companies the time to “further develop a new concept” for the show. Instead, major brands such as Fujifilm, Nikon, Leica, and Olympus decided not to attend. Apparently, the final nail in the coffin was the Covid pandemic, which further affected the prospects for both the imaging market and its leading trade fair in Europe. Koelnmesse is still holding on to its participation in a few Asian imaging fairs.

The book fairs and rights events 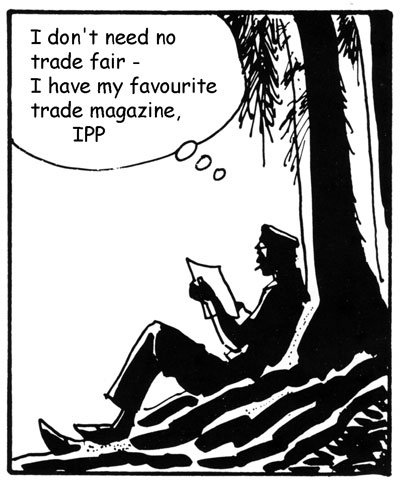 Also, in early December, another major event closed down for good. Reed Exhibition’s combined BookExpo and BookCon (formerly Book Expo America) declared their’ retirement.’ After their suspension earlier this year because of the pandemic, BookExpo and its public-facing BookCon decided to give it up after shrinking in size and scope for years on end. A short-lived competing event, the New York Rights Fair initiated by the Bologna Children’s Book Fair in collaboration with Fiera Milano and others, didn’t make it beyond its first appearance in 2018. It can be expected that one of the consequences of these closures will be the increase of virtual events by the book publishers themselves. Small local book fairs may survive and make up for some of the marketing opportunities lost but are hardly suitable for the international rights trading activities that the industry needs.

For next year, some of the international trade events are still on. The leading book fairs in London, Bologna, Paris, and Leipzig hope to maintain their physical events already moved from March to May and June.

Fespa’s Global Print Expo and European Sign Expo, moved from Madrid and Munich and postponed twice already this year, is still planned for 9-12 March 2021, in Amsterdam. No-one seriously believes Fespa organizers can stick to these dates. Labelexpo, to be held in September in Brussels, hopes to get the authorities’ all-clear by the end of March.

A multi-channel B2B publication and digital platform such as Packaging South Asia is always aware of the prospect of new beginnings and renewal. Its 16-year-old print monthly, based in New Delhi, India has demonstrated its commitment to progress and growth. The Indian and Asian packaging industries have shown resilience in the face of ongoing challenges over the past three years.

Dario Urbinati is new head of Sales at Gallus

The flexible film pipeline is robust from Q4 of 2021